Notwithstanding the drop in the political attention, the situation for refugees camped out on the border between Serbia and Hungary is very difficult. In the month, a delegation of the Community of Sant’Egidio of Budapest went to visit the refugees living along the wall that divides the two countries: still today the stage of tragedies, filled with people who have fled in search of a future of peace.

Even though the Hungarian government has closed its doors with respect to migrants, the Community of Sant’Egidio in Hungary has carried out a collection of funds and supplies to refugees, which has been greatly supported by the generosity of many Hungarians. 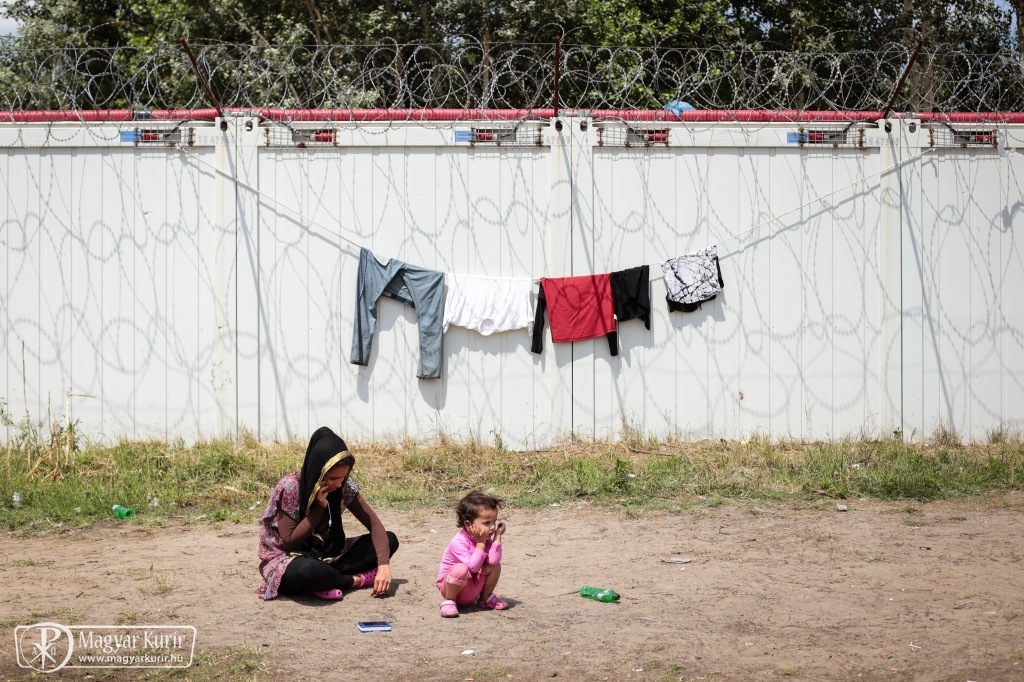 The first stop was Röszke, on the Hungarian side of the wall, where refugees are mainly from Afghanistan and Iraq. One of the refugees described the precarious hygienic situation in the camp, with little access to water and let alone a bathroom. Another shared that he was worried because he could not reach his pregnant wife in Austria. There was also a a girl of 10 who shows a picture on which she had written in english: ” I love Hungary, but Hungary does not love me.” It was a special day for the children of the camp, filled with the happiness of talking to their new Hungarian friends, demonstrating their immense desire to share their stories, their family, their brothers, their sisters, about the games they play and the food they love, and most importantly about the dreams they want to accomplish.

After Röszke the Community stopped at Tompa, another camp along the Serbian-hungarian border, where Syrian and Iraqi families spend their days waiting for the permission to pass this transit area. Each one of them is the testimony of a painful stories, of war and of death. One Syrian women, crying, shows a picture of her house in Aleppo, a house that has at this point been destroyed by the bombing. She now lives underneath a tent pitched on land that belongs to nobody, awaiting the day that she can go back to live in her own house with her children.