Other 81 people saved thanks to humanitarian corridors!The third group of Syrian refugees arrived at Fiumicino Airport this morning: they are families, women and children fled from Syria that have experienced the horror of war. Among them there is 10-year-old Mariam, who has been confined to a wheelchair for two years after being hit by a bullet in Damascus: she will start a new life in the province of Turin where she will undergo medical treatment.

Nilva, an Armenian Christian, was a doctor in Syria: she fled to Lebanon with her two children Raffi and Rupina but her husband Boulos is still in Syriaa, among the last remaining doctors, who decided to remain in the area taken over by Daesh to take care of the sick and wounded. 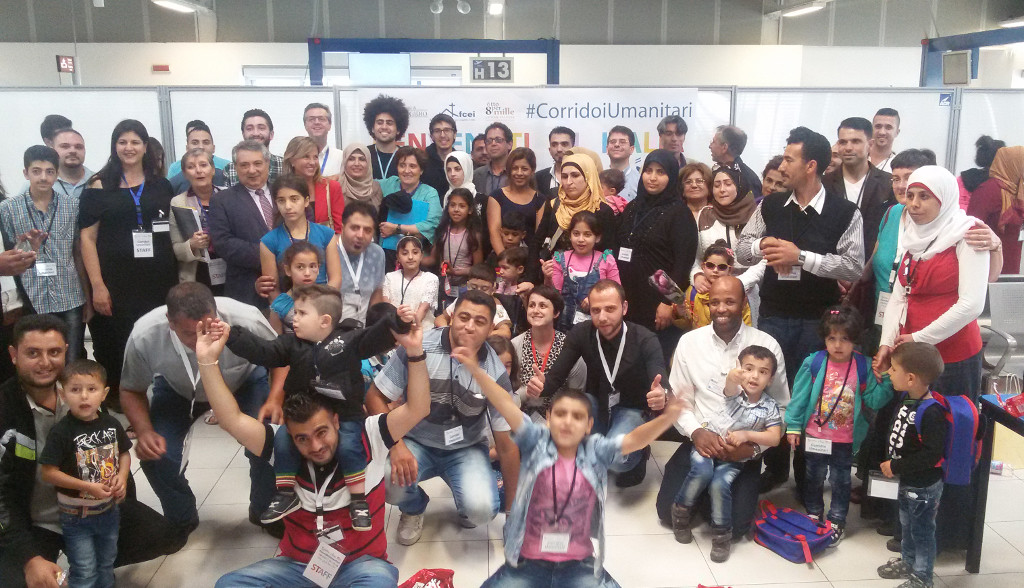 “Now the way of humanitarian corridors is open – said Daniela Pompei of the Community of Sant’Egidio, in Fiumicino to welcome the refugees – now we are working for integration to open new humanitarian corridors, like the one to the Republic of San Marino, which will host one of the families arrived in Rome this morning.”